The future of work is moving towards an availability economy.

Slate has a great post about the future of work – an adapted excerpt from Alex Rosenblat’s latest book Uberland: How Algorithms Are Rewriting the Rules of Work.

The post provides some hints on how human resources are becoming resources in the real sense of the word. With a little bit of imagination, one can start imagining how human resource management (HRM) could evolve as it is driven more and more by artificial intelligence. I started speculating on what would happen if your HR department would organize itself like Uber, as a middleman for resources.

In such a scenario, HRM risks to become a pure transaction facilitation business: algorithmic match-makers à la Tinder, using body shops that have resources available for you at a click. People are traded, as Rosenblat points out, like ice-cream:

“People demand ice cream. We have vendors, vendors who produce ice cream that are able, through our software, to deliver on demand to people that want ice cream. We facilitate that transaction. But we’re not in the ice cream business, you know.”

Like Uber, HR’s communication with its employees is deteriorating. Humans are already contacting HR through call-centre-style telephone menus and intranet sites, with the answers from HR becoming standardized as well. Like Uber, HR is effectively offshoring its communications.

In the following sentence from the Uberland article, just for the sake of experimentation, I replaced “drivers” with “employees” and “Uber” with “HR”. The result was unsettling:

“Employees receive automated replies to most of their inquiries, which often appear to be based on keywords in the text of their emails. In other words, HR is managing employees without a human that understands and is responsive to nuances.”

In addition, a new vocabulary is developing, mainly to avoid legal requirements:

“As the Verge reported in April 2017 about a leaked Deliveroo document: “It says bicycle couriers who work for Deliveroo are never to be referred to as workers, employees, or staff, and that the Deliveroo jackets they have to wear on the job are not uniforms but ‘branded clothing.’ These workers don’t have ‘contracts,’ says the document, but ‘supplier agreements.’ They don’t ‘schedule shifts’, but ‘indicate their availability.’ ” 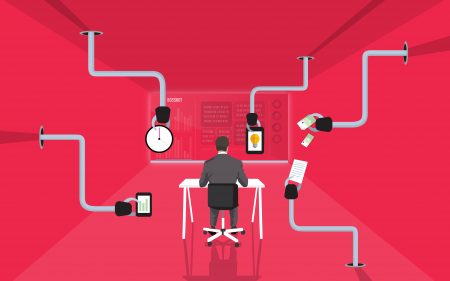 Are robots the new class of social actors?

The dark and shady practices of Silicon Valley